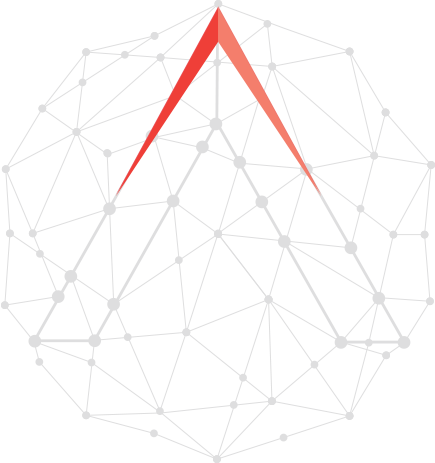 When it comes to any major project, coordination is the most significant and stressful part of the job. Managing procurement and delivery to ensure all your materials arrive in the right place—at the precise time they’re needed—is a feat in itself. On top of that, sourcing the right vendor to fit your needs, especially when you have mandated initiatives, is incredibly difficult.

Project schedules in the construction world have changed drastically in the last five years. Deadlines to meet building completion dates set by banks are almost impossibly tight, while owners want to start generating revenue income as soon as possible to pay for the construction. This timeline pressure makes building project management challenging—and sometimes an outright nightmare.

Coordination can be the most stressful part of any major project. Find the right partner to relieve the burden

At Johnson Controls, we’re primarily focused on building automation and controls, which range from air systems to HVAC control and fire and security systems. We also have a battery manufacturing division as well as an energy storage division, which merges our expertise in batteries and buildings. A few years ago, we completed a few major acquisitions, so now we’re the largest HVAC controls and fire and security company in the world, with 120,000 employees in 2,000 locations worldwide.

My current tenure with Johnson Controls is my second time working for the company. I first worked here from 1995–2004, then left for Trane and later Siemens. Then, I came back. My current role is as a Major Projects Regional Manager where I handle large, complex solutions like vendor and subcontractor management. I’m responsible for things like building automation, fire, and security card access for large facility constructions.

After working elsewhere, one of the main reasons I returned to work for Johnson Controls is the culture and our ethics. For ten years in a row, we’ve been recognized by the Ethisphere Institute as one of the world’s most ethical companies. We’re committed to protecting people and the planet. In addition, Johnson Controls is one of a select group of Fortune 500 companies that belong to “The Billion Dollar Round Table.” This is a group of companies that have pledged—and in some cases exceeded—spendings of a billion dollars annually on women- and minority-owned vendors and contractors. This commitment is one of our top five goals as an organization.

Throughout my career, I have worked for companies that didn’t have the same standards as Johnson Controls. I came back here where I knew that the company culture aligned with my values and I wouldn’t go to bed with knots in my stomach, feeling uneasy about my decisions. But while these ethics initiatives are outstanding, they also created an additional challenge for my job. I not only had a massive roster of vendors and contractors to coordinate, but I had to be very precise as to who I hired and bought from.

The challenges of my job—which I took on with pride—went even deeper. Female business owners and contractors are notoriously underrepresented in the construction industry, so meeting our billion-dollar goal was difficult. Add to this pressure from governments and international bodies to support women and minority business profiles, and you have a proliferation of “mailbox companies” that pop up, trying it capitalize on these increasingly funded groups. These warehouse companies get their credentials as a diverse company, but just move products from one company to the next via a warehouse checkpoint. They don’t represent legitimate companies we want to work with.

At the end of the day, I’m a project manager. And with the complexities of our vendor requirements, I just didn’t have enough time to do the proper procurement work that was needed for our projects. At this point, our regional procurement manager knew of a company called Agilant and I reached out to them while I was preparing to execute a casino project. I asked if they could source and handle all of the third-party materials for me. They seemed ready for the challenge.

Our first project with Agilant was huge. It was a 1.5 million square foot casino, plus a 20-story hotel, an event center that seated 2,500 people, and a four-level parking garage. For heating and cooling units alone, we had over 1,200 units. It was a staged job, so I needed to have all the equipment ordered, made, tested at their factory, and then staged to arrive as we built the building floor by floor.

Kim Brown Riso, our Agilant account executive, came up with a perfect plan. She got our master equipment list and we broke it out into stages. She then procured the entire list for me, getting better pricing than ever.

It was a perfect collaboration. I handled all of the internal procurement for products from within Johnson Controls, and Kim managed the rest. Her work was outstanding. Everything was bought according to our ethical standards and shipped right on time. Kim handled the coordination and communication between the vendors, manufacturers, and shippers flawlessly.

I didn’t have to worry about anything throughout the entire process, and Kim’s work saved me a significant amount of time and money. I’ve built a lot of buildings in my life, but I’ve never had a process as smooth as this one. There was not one single error made—it was unbelievable.

It’s incredible to know I have a partner in Agilant that I can rely on. Before, procurement was an exceptionally difficult part of my job. But now, it’s something I don’t have to think about. I know we’re buying from reliable vendors, who fit in with our initiatives, at the best price. I can’t stress enough how nice it is to have this taken off my plate.

Work with partners who meet your values, not just your business goals

Everyone I’ve met at Agilant is wired the same way we are at Johnson Controls. They fit in perfectly with the culture that brought me back to Johnson Controls a second time. As a company, we make decisions based on what’s right, according to our standards, even if it’s not the cheapest method. And now that we have the right partner, I know we can continue to provide ethical, impactful work, but we won’t have to do it alone.

Agilant Named the 2020 HPE SLED South/Central Partner of the Year!

The Importance of Proper Cloud Design

Letter from the CEO